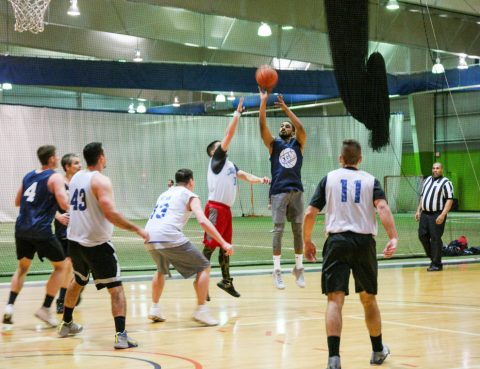 Co-ed & Men’s Basketball at C’ville Social is a 5-on-5 league that plays on a regulation court with 2 referees and a scorekeeper.
We offer full team, small group, and individual (free agent) registrations for our Spring, Summer, Fall, and Winter seasons.

Playoffs for the top teams

HOW DO I KNOW IF A GAME IS CANCELED?

We will make the call on cancelations as soon as possible. You will receive an email from the system anytime a game is changed, canceled, or moved.

HOW DO WE FORFEIT A GAME?

If your team needs to forfeit a game for whatever reason, please email or text us within 6 hours before your Monday ? Friday game time and 24 hours before your Saturday or Sunday game time. Email is?forfeit@cvillesocial.com. Failure to let C’ville SOcial know within the 6 or 24 hour timeline will result in a $50 forfeit fee, and will need to be paid before your next game. If not paid before 12pm of your next game, the game will be forfeited. This will now give you leverage to hold your players accountable for attendance.

HOW MANY PLAYERS DO I NEED?

All of our leagues are 5v5 games. For Co-ed leagues, you need at least 2 females.

OUR GAME SCORE IS NOT CORRECT, HOW DO WE GET IT CHANGED?

Send an email to gamescore@cvillesocial.com with your team name, your opponent’s team name, and both scores, so we can confirm this information with the referees and then update the scores. ?Teams have 2 weeks (14 days) to inform the league of an incorrect score posted to the website / standings. If they find the error after 15 days, the league cannot guarantee the score will be changed.

WE NEED TO REQUEST A GAME RESCHEDULE, WHAT’S THE PROCESS?

If you would like to request a game reschedule, send us an email to sports@cvillesocial.com at least 5 business days prior to the scheduled game. Otherwise, we will not be able to pursue a reschedule for you. Please note, your opponent must agree to the reschedule, otherwise the game will be a forfeit.

WHICH HOLIDAYS DOES C’VILLE SOCIAL NOT PLAY?

There are a few holidays throughout the year where we will not schedule games:

Please expect that all other holidays that fall on your league day will have games scheduled, and we will not accommodate bye week or reschedule requests for those days. 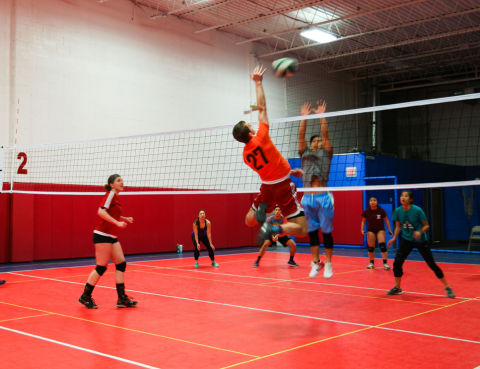 Sponsor Bar with Beer & Food specials after the games!

Playoffs for the top half of the teams 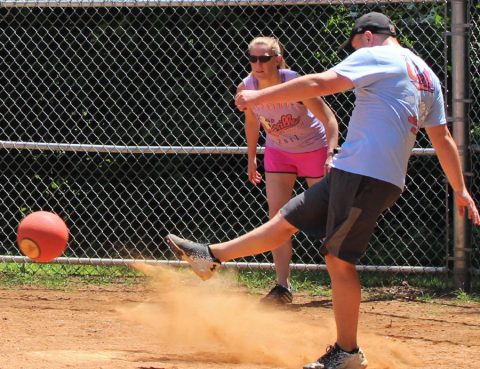 C?ville Social Kickball is the largest Co-ed Adult Kickball League in Charlottesville. We offer full team, small group, and individual (free agent) registrations for our Spring, Summer, and Fall seasons. After the games, players head to our sponsor bar to enjoy beer and food specials!

Email Kickball@CvilleSocial.com for any questions and more information.

Sponsor Bar with Beer & Food specials after the games!

Music played at the games

Playoffs for the top half of the teams 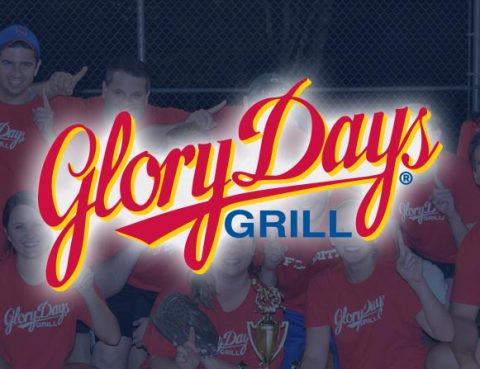 GLORY DAYS GRILL WILL GIVE YOUR TEAM:

All teams interested in being sponsored by Glory Days Grill?should please do the following:

*For any questions about the?Sponsor Bar Program, please email sports@cvillesocial.com 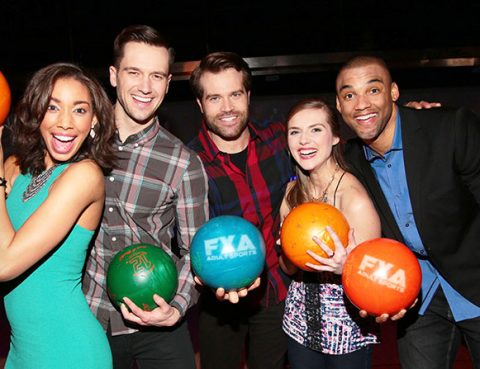 Beer / food specials during & after the games

Playoffs for the top teams. 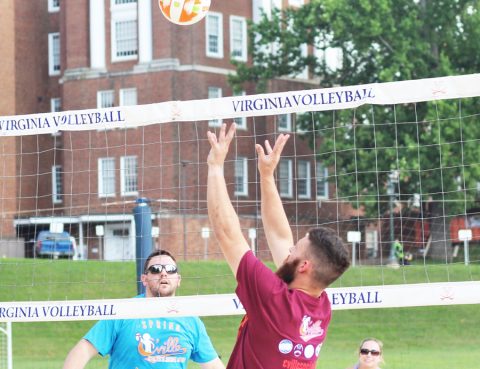 Don’t get served! Come play in the largest 4v4 Sand Volleyball league in Charlottesville, then head over to the sponsor bar for some suds!

Feel free to email us at Volleyball@CvilleSocial.com with any questions.

Playoffs for the top teams

Beer / Food specials after the games!

Don?t have a team? This is perfect for you. Let us find you a team. Meet new friends and start building a team for next season.

Sign up with 2 or more friends and we?ll combine you with other small groups and free agents to create a full team.

Do you have a full squad ready to hit the court?? Great, sign up as a full team to save on registration and have more control over your roster size.

Already part of a team? If your captain paid for a full team and you need to join it, this is the option for you. Join an existing team to sign your waiver and let us know your shirt size.

TEAMS
Each team must consist of a minimum of 2 Cornholers and a maximum of 8 Cornholers, 21 years of age or older. Teams may consist of all males, all females, or co-ed. Teams who have more than 2 players may rotate players between rounds. If a teammate is absent, one substitute can be recruited to play (only during regular session games) or the player may play alone. A team playing with only one player will start each game with a 0-5 score.

EQUIPMENT
C’Ville Social provides all the equipment. This consists of 2 Official C’Ville Social Cornhole Boards and 8 bags. 4 bags are one color and 4 are a different color.  Players may also bring their own bags.

OFFICIALS
Each game and match will be self-scored and officiated. Team captains must be cordial and agree on scores.

PLAYER WAIVER & RELEASE FORM
Every player must complete the Player Registration Form prior to the first scheduled game of the season.? Any team that has not submitted all of their player waivers by that time will have its scheduled games declared a ?forfeit? until all waiver forms are received.? If a player fails to submit their online player waiver & release waiver form, all liability and legal issues will be the responsibility of the team captain.? Fairfax Athletics will not be responsible for players that do not submit an online player waiver & release form.

Players may be listed only on one team?s roster per season throughout that league night. For a player to be considered ?playoff eligible? (eligible to participate in the playoffs), he/she must be listed on a team?s roster and must have played in a minimum of two regular season games for that particular team.

C’Ville Social reserves the right to suspend any player at any time for unsportsmanlike conduct, violation of any rules, for failure to pay appropriate dues or for being disruptive, without any refund. Any team wishing to suspend any member for just reasons, must do so on their own, and provide C’Ville Social a written reason as to why. Again, no refunds will be issued.? At the discretion of C’Ville Social, any member suspended may not in the future be allowed to participate in any further C’Ville Social events.

The game may be played indoors or outdoors. The playing field shall be a rectangular surface free from obstructions and at least 60 ft long and at least 30 ft wide. ?The court size may vary by location. ?The court is then divided into two (2) equal sections by a center-line and attack-lines 3m from, and parallel to the centerline.

1. Hitting an opposing player with a LIVE thrown ball below the neck. (Note: If a player ducks or takes a position with their head below where their neck would normally be when standing, i.e. crouching, kneeling, sitting, diving, rolling or laying and this clearly is the cause for the player being hit above the shoulders, the player is OUT and the throw is considered legal).

2. Legally catching a LIVE ball thrown by your opponent before it touches the ground.

3. Causing an opponent to lose control of a held ball as a result of contact by a thrown LIVE ball (usually occurs when a ball is being used to block a thrown ball)

4. An opposing player stepping out of bounds.

5.?Head hunting will be strictly enforced. ?Head Shots is defined as striking an opposing player while in a upright/standing position above the shoulder area which includes the head, face and neck. ??Any head shots (intentional or not) the thrower is OUT. ?Any head shots (intentional or not) and the thrower is OUT. ?In addition, multiple head shot offenders are subject to our 3 & OUT policy which we adopted for this season. 1st head shot, the thrower is OUT and must take his/her spot on the sideline wall. 2nd head shot by the same thrower, they are OUT for that game and must exit the dodgeball court into the substitution area and the team will play down a player for the remainder of that game. 3rd head shot by the same thrower results in ejection from the match, must exit the dodgeball court and is no longer eligible for the remainder of that evening’s match.

6. Male players MUST throw the ball past your opponent’s?10′ attack line at all times! ?Failure to throw past the attack line will result in that players being called out.?Obviously this rule will not apply if there is a player inside the attack line.

TIMING AND WINNING A MATCH

During pool play or regular-season matches, rules will be enforced primarily by the “honor system”*. Players will be expected to rule whether or not a hit was legal or whether they were legally eliminated. All contests will be supervised by a court monitor*. The court monitor?s responsibility will be to rule on any situation in which teams cannot agree. THE COURT MONITOR?S DECISION IS FINAL-NO EXCEPTIONS.

*NOTE: During tournament play, All Semi-Final and Final Round matches will be officiated by no less than two (2) C’Ville Social Officials. These officials will rule on all legal hits, out-of-bounds and 5-second violations.

1. Understand, appreciate and abide by the rules of the game.

2. Respect the integrity and judgment of game officials and C’Ville Social staff.

3. Respect your opponent and congratulate them in a courteous manner following each match whether in victory or defeat.

4. Be responsible for your actions and maintain self-control.

5. Do not taunt or bait opponents and refrain from using foul or abusive language

The head umpire has the final word and can overrule the first base umpire.

Two members of the kicking team should coach at first and third base. Base coaches should assist the fielding team in the retrieval of balls ruled foul by the umpire.

Pitches must be slow pitch with no curve/bounce.

Summary of Differences from Outdoor Kickball

FAQs and other rules.